Liverpool and Senegal superstar, Sadio Mane has claimed that African players are being overlooked for the Ballon d’Or as he revealed his desire to become his continent’s first winner since 1995.

Mane led Senegal to victory in the Africa Cup of Nations and also helped them secure the 2022 World Cup ticket in Qatar. He is so pushing to win the Champions League with Liverpool on Saturday night.

When it was put to him that African players are often unfairly overlooked, Mane replied: ‘It’s true. If you guys say it, what can I say myself? Which is sad. This cup, the Africa Cup of Nations is one of the biggest for myself, it is the biggest trophy I have won in my life.

‘We will do everything we can to win it and then we will see what happens, with the Ballon d’Or. I think myself and all the Liverpool players will have targets from the beginning of the season, to go for all the trophies for sure. So far we have won two, and missed one, which is behind us.

‘Manchester City fully deserved (to win the title). To win the Champions League would be special for me and for all the other boys. This is what we focus on. We have to do what we can to win…and the rest you guys have to decide.

‘For me, it would be even more special to have another bonus which is the Ballon d’Or – and I would be the happiest player in the world.’

‘Playing a Champions League final I think is special and we need to make it even more special. We have the squad to do it. I would say one of the best seasons…so far! I won one of the most important things in my life and it gives me even more motivation to go on for the next step.’

On his future, he added: ‘the answer I can give you now is I feel very good, and I am fully focused on the Saturday game, that is the answer I must give before the final. But come back to me on Saturday and I will give you the best answer. For now, let’s go and win it.’

The last African player to win the Ballon d’Or award was, Liberia president and former footballer, George Weah back in 1995. 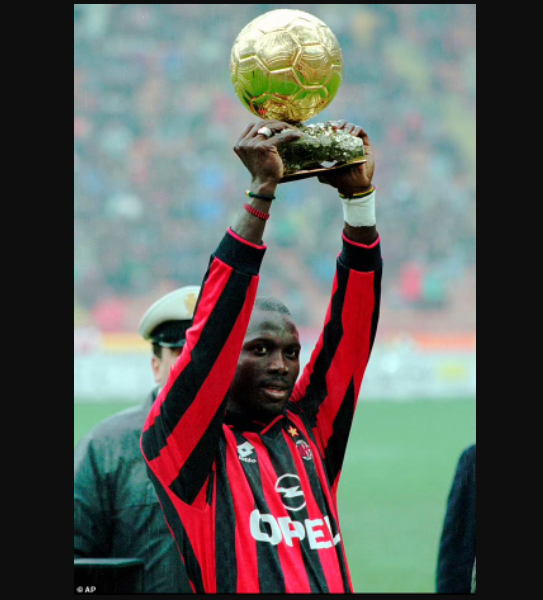 Know the 8 Black Stars players in the Premier League currently

Cristiano Ronaldo will ‘go back to Europe’ before he retires, Al-Nassr coach claims

Deontay Wilder knocks out Robert Helenius in first round of comeback...

You cannot mention 3 great football clubs in Africa without Asante...